Narendra Kumar was an ordinary 19-year-old until, one day, severe pain arriving from his abdominal area woke him up from his deep sleep. Kumar had, supposedly, been experiencing chronic stomach ache ever since the day he was born. The Swaroop Narayan Hospital in Northern India is where Kumar was taken to after that first insufferable indication. After examining him, the doctors found a parasite living in Kumar’s stomach.

They located a bunch of bones, hair, and teeth whose weight was 2.5 kilograms inside his abdomen. 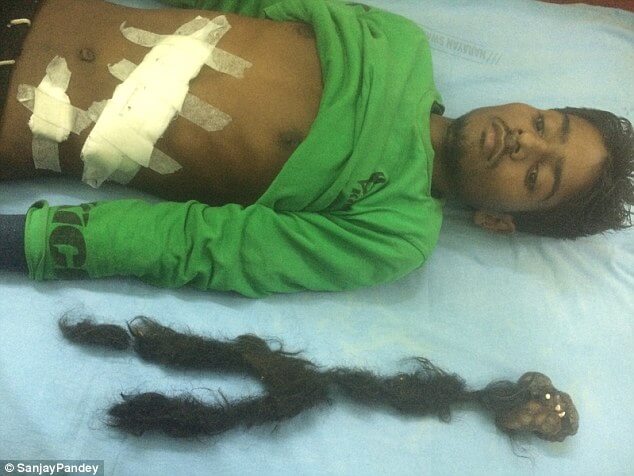 The doctors said that Kumar has a condition called “fetus in fetu,” a rare type of condition that has only affected 200 individuals worldwide. Fetus in fetu starts during the early stages of a woman’s pregnancy with twins. It occurs when one fetus enters the other through the umbilical cord.

The fetus stays there and acts as a sort of parasite, living off of its twin’s body for survival. The doctors say that it has been inside Kumar since he was born. Dr. Rajeev Singh said that Kumar has suffered from terrible vomiting episodes and has lost an extreme amount of weight.

The doctor said: “The boy’s stomach grew, but his plight went undiscovered for years because neither his parents were of his medical condition nor the doctors could diagnose the condition at an early stage. Technically, the fetus was alive and was growing due to metabolic activity in his body. 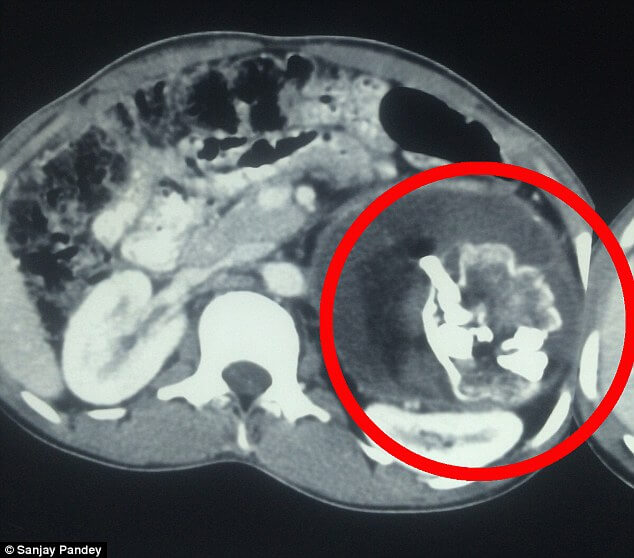 Kumar’s father said: “That evil has been tormenting him for years. Now that it has been removed, I am relieved. He can now go back to school and lead a healthy life.”

Doctors were able to retrieve the mass of organic tissue and bones from Kumar’s stomach after a three-hour surgery.

They extracted “a mass of malformed baby having hair, teeth, a poorly developed head, a bony structure of chest and spine with lots of yellowish amniotic like fluid in the sac.” 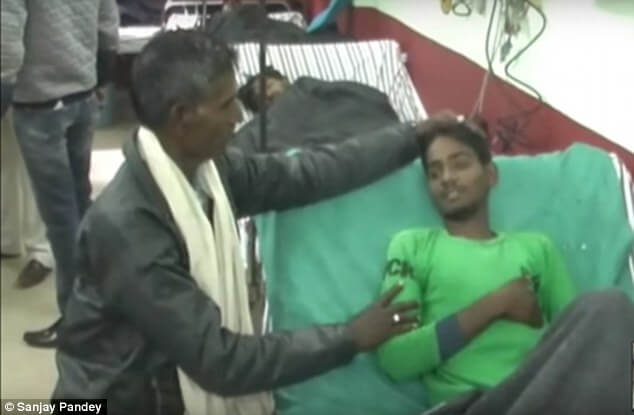 What do you think about this unusual medical conditions? Share this story with your friends.

tnp.ph
2017-08-04
admin
Share
Previous Unusual Blackheads On The Hand
Next How Our Body Reacts To Instant Food
This site is designed for educational purposes only and does not render medical advice or professional services. It is not a substitute for professional care. If you have or suspect you may have a health problem, you should consult your health care provider.
© Copyright 2022, All Rights Reserved