Although races are known to be fun, Melissa King had an entirely opposite experience. She had no idea what she was about to face upon signing to run for six miles. She thought she needed something to do to blow off some steam, do a some exercise, pump up the competitiveness in her so she agreed. She even trained a lot to be able to endure it, the professional cleaner was properly prepared for the race. It never crossed anyone’s head that within hours after the race Melissa would be taken to hospital…

The fun run that caused the whole drama was the ‘Burnie Ten’ – a six-mile race along stunning Tasmanian coastline in Australia. The event takes place every year and usually has about 3000 to 5000 participants. Melissa was ecstatic to be taking part.

She Beat Her Own Record 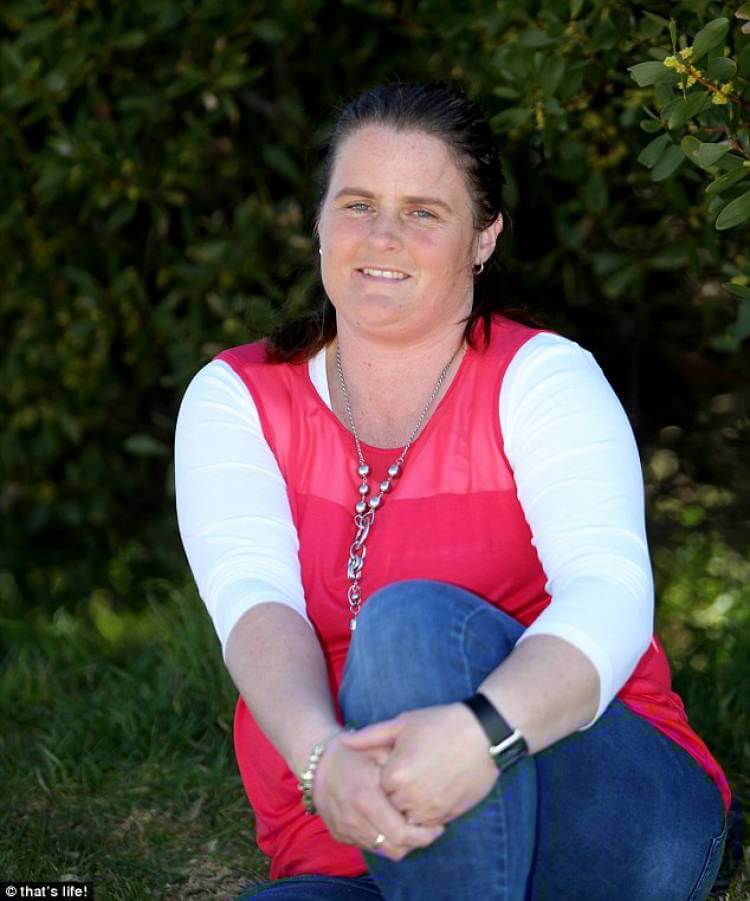 Melissa had been training hard for eight weeks at her local gym and outdoors, and her one major goal was to complete the run in under two hours. On the day, she even surprised herself by completing the course in just one hour and 50 minutes.

Pain In the Night

It wasn’t until a few hours after the race that things started to go terribly wrong. Waking to an excruciating pain in her leg, Melissa’s foot went totally numb and she could no longer feel any sensation in her toes.

Her Legs Were Going To Explode

Scared out of her mind, Melissa said the pain felt like her leg was about to explode. It was at that point that she woke her husband and he rushed her to hospital. The emergency room staff said her symptoms were similar to those of a car crash victim.

It Doubled In Size

A few hours after arriving at the hospital, Melissa’s leg had swelled to more than double its regular size. Medical tests also revealed that the pressure in the limb was 125, which is three times the amount it should have been. 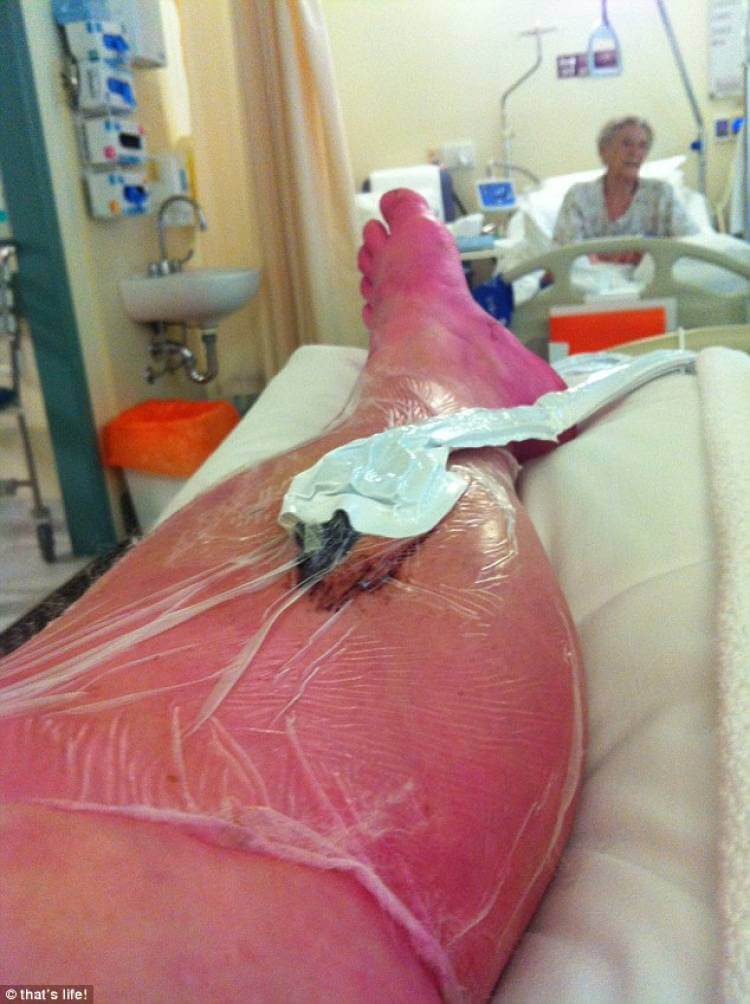 After continued swelling and even more pain in her leg, the 39-year-old mother of two was extremely relieved when doctors were finally able to diagnose her mystery symptoms. As it turned out, she had compartment syndrome, which can cause severe swelling.

What Is Compartment Syndrome?

Doctors explained to Melissa that compartment syndrome is a build-up of blood and fluids that form walls or ‘compartments’ inside the body’s connective tissue. These compartments usually form around organs or muscles. Melissa had no idea that a walk could cause so much damage!

She Escaped The Worst Of It 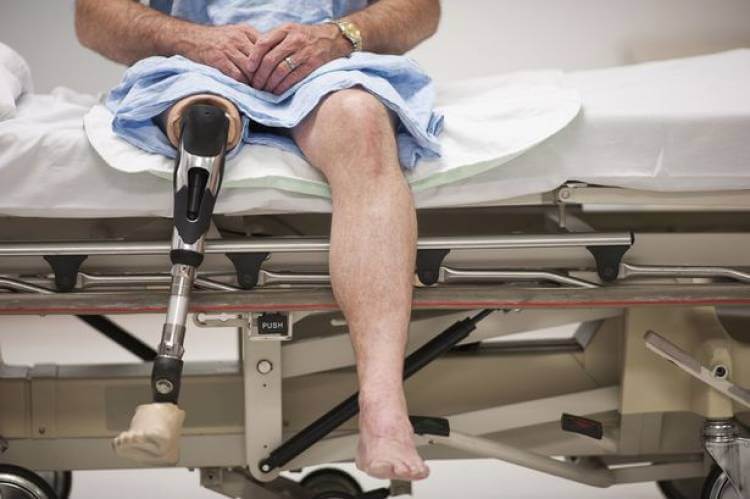 Luckily, Melissa was proactive about seeking treatment right away. If left alone to develop, compartment syndrome can cause the death of the muscle and release harmful toxins into the body. In the worst cases, amputation is the only option left.

Once a diagnosis was reached, Melissa was rushed into emergency surgery in an effort to save her leg. The operation resulted in a scar from her knee to her ankle on the outside of her leg, as well as a 20-centimeter incision on the inside of her leg.

Melissa’s nightmare wasn’t over once the surgery was complete. For the four days following her operation, doctors continued to drain excess fluid from her leg with a vacuum pump. Her right leg remained elevated while fluid was drained from her left leg.

After all that, it still wasn’t the end of Melissa’s treatment. She needed a second operation in order to close the incision. Her leg required a whopping 160 stitches, but by the end of the day, doctors were able to declare the surgery a success.

Though the surgery was well and truly a major success, doctors were still puzzled as to what caused Melissa to develop compartment syndrome. They put it down to a number of contributing factors, including the heavy exercise during the race.

She Couldn’t Walk For Weeks

Melissa was finally able to leave the hospital after two surgeries and some intense fluid draining. But her recovery was by no means instant. From the time she finished the race, it was several weeks before she could even walk again.

2017-11-07
admin
Share
Previous This Is Why You Shouldn’t Sleep With Your Pet
Next Brace Yourselves For The Best POPs You’ve Ever Seen!
This site is designed for educational purposes only and does not render medical advice or professional services. It is not a substitute for professional care. If you have or suspect you may have a health problem, you should consult your health care provider.
© Copyright 2022, All Rights Reserved