70% of Supermarket Olive Oil is Actually DYED Vegetable Oil, Here’s How to Spot a Fake

However, according to a recent analysis on the most popular brands of extra virgin olive oil, most of the ones sold in the United States are supplemented with cheaper oils that don’t provide these health benefits. 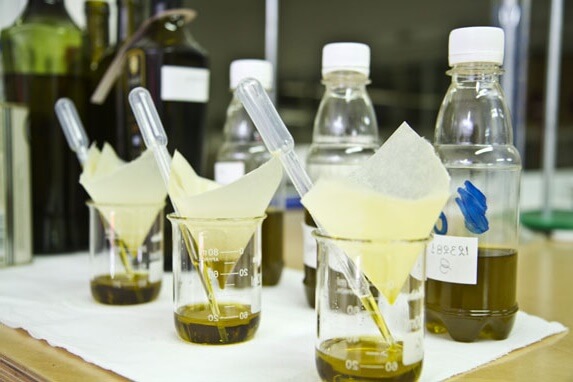 Researchers from the University of California recently conducted a study examining the quality of different types of olive oils, with brands ranging from obscure to very popular. The olive oils were evaluated based on standards and methods of testing which were established by the International Olive Council (IOC).

According to their findings, almost three-quarters of major olive oil brands labelled “extra virgin” sold in the United States did not meet the International Olive Council’s standards. Researchers attributed this surprising statistic to a multitude of factors: using olives or poor quality, using olives that have gone bad, and the most surprising reason, substituting real olive oil with cheap refined oils.

“Of the five top-selling imported ‘extra virgin’ olive oil brands in the United States, 70 percent of the samples failed the IOC sensory standards for extra virgin olive oils analyzed by two IOC-accredited sensory panels. The failure rate ranged from a high of 94 percent to a low of 56 percent depending on the brand and the panel… Sensory defects are indicators that these samples are oxidized, of poor quality, and/or adulterated with cheaper refined oils,” reads an excerpt from the study.

Many of the cheaper, refined oils that these companies use to substitute real olive oils with are heavily refined vegetable oils. These are the same oils that have been linked to an increased risk of conditions such as heart disease, and provide you with zero nutrients.

How To Tell Real Olive Oil From Fake Olive Oil

Real olive oil is expensive, especially if your going for extra virgin. So it’s no wonder why there are a lot of fake, cheaper alternatives out there. Many bottles of olive oil will proudly display the Italian flag on their labels as a sign of authenticity. However, olive oil only needs to be packaged in Italy to get this symbol, making it pretty much null in terms of authentic status.

The best way to tell if olive oil is real is by extensively reading the fine print on the label to find out exactly where and how it was made. Other ways you can tell if olive oil is real is through its physical characteristics. Olive oil that is diluted with other oils is generally lighter in color, allowing more light to pass through it, and does not taste as rich as real, pure olive oil.

During the University of California study, researchers found three major brands that passed the International Olive Council’s standards, and those were California Olive Ranch, Cobram Estate and Lucini. Try looking for these brands next time you go out to buy olive oil.

theheartysoul.com
2017-01-07
admin
Share
Previous Chop a Pineapple and Put it in a Pot! This Will Make You Jealous!
Next This Poison We Consume Every Day, STOP Now!
This site is designed for educational purposes only and does not render medical advice or professional services. It is not a substitute for professional care. If you have or suspect you may have a health problem, you should consult your health care provider.
© Copyright 2021, All Rights Reserved