Matthew Mitchell is a 10-year-old boy who a short while ago experienced a nightmarish encounter whilst assisting his mother and father clean up the yard of their house in Berkeley Vale, Australia. It was a hot summer season and Matthew had been going around without footwear as little children enjoy to do. But while he went to put his sneakers back on, he felt a unexpected, sharp pain and let out a scream.

When his parents came up hurrying over, they were horrified to see a big bite mark on their boy’s hand and a really big funnel-web spider clinging to him.

“It sort of clawed onto me and all the legs and everything crawled around my finger and I couldn’t get it off,” Matthew reported.

Australia is home to countless terrifying animals: snakes, crocodiles, sharks — the list goes on. The Australian funnel-web spider is near the top of the list of the world’s most poisonous arachnids. Its venom can take full effect in 15 minutes and can be deadly. Matthew’s parents knew this and rushed him straight to the local clinic. 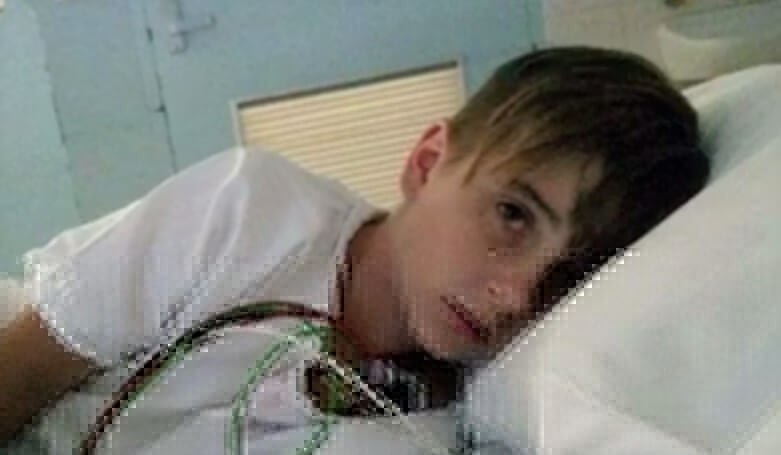 But when they arrived at the clinic, it was closed and they had to find help elsewhere. In desperation they went to a local pharmacy where the staff performed first-aid using a ripped shirt to tie off Matthew’s arm so the poison wouldn’t spread to the rest of his body. Then they called an ambulance and the anxious wait began.

Finally, at 6:00pm, the ambulance arrived. But Matthew was already showing signs of severe poisoning and by the time they reached Gosford Hospital, his condition was critical. Matthew was convulsing, foaming at the mouth and sweating profusely.

The doctors knew they were running out of time and options, so they made a very extreme decision: Matthew received the highest dose of antivenom ever administered in Australia. In total, he received 12 vials — the previous record was only four.

The antidote took effect quickly and a short time later Matthew was well on his way to a full recovery. His horrified parents could finally breathe a sigh of relief. But thankfully they had done everything right: they had identified the spider that bit him, quickly sought medical attention, and stopped the flow of the poison by tying off his arm.

All that — combined with the skilled work of the staff at Gosford Hospital — meant the difference between life and death.

While Matthew and his parents were at the hospital, his twin sister and a family friend managed to catch the spider that had bitten him. They brought it to the Australian Reptile Park where it will be used to make more antivenom. Supplies are critically low in Australia at the moment and this will go a long way to helping others who find themselves in the same situation.

Matthew will receive the “Spiderman Award” for his courage in surviving the deadly spider bite. His case is really quite incredible when you consider that the venom from the Australian funnel-web is strong enough to kill an adult in as little as 15 minutes.

It was a horrifying experience for the family, and by sharing their story they hope to help others avoid similar situations. If you live in a country with poisonous spiders and insects, always make sure to shake out and inspect your clothes before putting them on.

The same goes for your bed sheets. And if you or someone you know does happen to get bitten or stung, seek medical help immediately!

You can watch Matthew and his family telling their story in this video:

Read also: This Young Woman Felt Something Moving in Her Mouth While Taking a Shower. When She Looked at Herself in the Mirror, She Was Horrified!

2017-03-27
admin
Share
Previous Young Lady Has Leech Removed From Her Nose
Next Family Is Making A Drinking Water Test
This site is designed for educational purposes only and does not render medical advice or professional services. It is not a substitute for professional care. If you have or suspect you may have a health problem, you should consult your health care provider.
© Copyright 2022, All Rights Reserved