After She Was Rejected From Every Bakery, Girl With Down Syndrome Opens Her Own Shop

Her dream has always was to became a great baker. Collette Divitto when she was 15 years old, remembers on weekends when she was baking for her friends and family. After she was 20, she want to start with job, but all over Boston she always was rejected.

People who interviewed me for jobs said I was really nice but not a good fit for them,” writes Divitto in an interview with Upworthy. “It was really hurtful and I felt rejected a lot.”

Divitto began to feel self-conscious about her down syndrome and wondered if that was why she was facing rejection in so many interviews. Despite these rejections, she decided not to let them dissuade her from pursuing her passion. With the help of her mother and her sister, the three of them set up a company with her called Collettey’s.

Soon after their company was started, they received a recurring order from Boston’s Golden Goose Market! This followed with coverage from CBS and by December of 2016, she had 10,000 orders to fulfill! 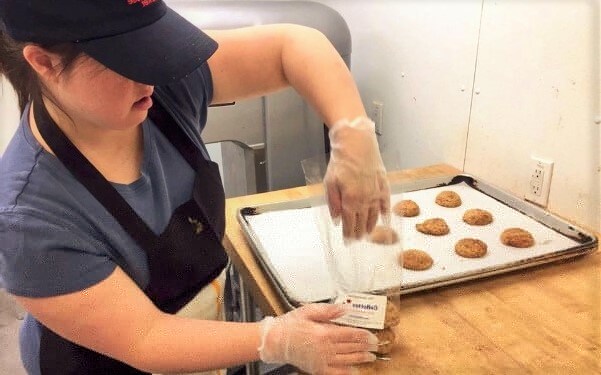 “My biggest success so far is how big my company is growing, which means I can start hiring people with and without disabilities,” Divitto says about her successful business.

The young baker also has words for people looking to follow their goals- “Never give up. Don’t let people make you sad or feel rejected. Stay motivated and follow your dreams.”

While there are challenges the disabled community in finding work, one young woman put her talents and determination to work, and her bakery is now booming with business! She has shown the world that nothing can stop her, and that despite what the baking community thought of her in the past, she has become truly unstoppable!

2017-02-05
admin
Share
Previous Eliminate Your Terrible Headache in 1 Minute
Next Kidney Infections Destroyer and All Bladder
This site is designed for educational purposes only and does not render medical advice or professional services. It is not a substitute for professional care. If you have or suspect you may have a health problem, you should consult your health care provider.
© Copyright 2022, All Rights Reserved